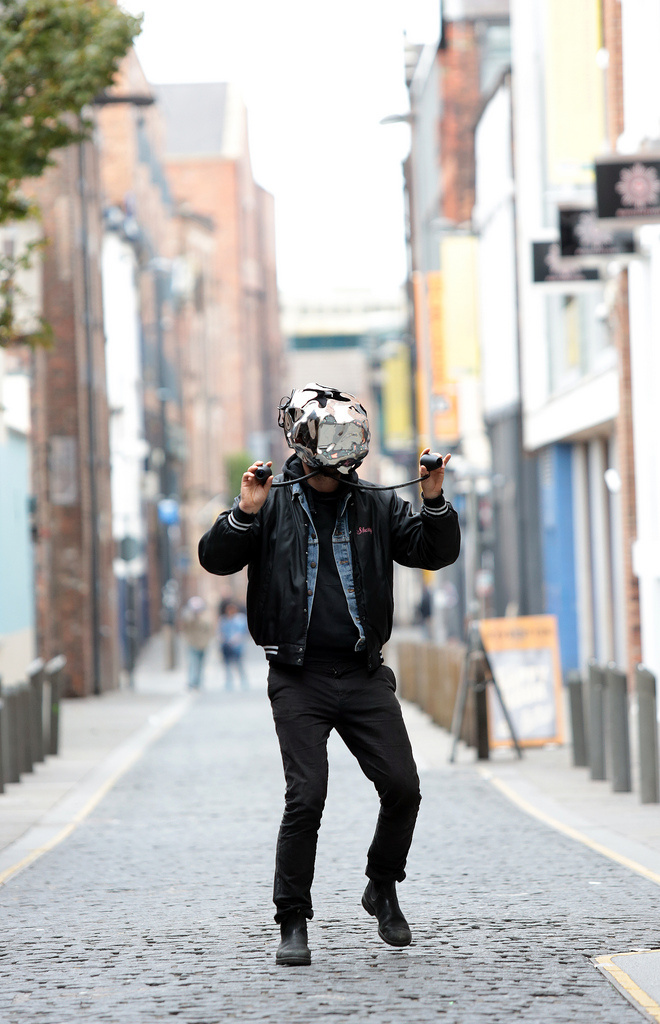 is a wearable interactive constellation that reflects an Out-of-Bodiment in immersive ways. By this it allows users to experience their environemts from new points of view. The world, as we perceive in reality and through media is aligned to binocular and stereoscopic vision of human beings. These omnipresent human-centristic perspectives and the critical debate about contemporary 3D Technology that only simulates real space and does not stimulate the lust for new visual ways were the initial point from where the work on EYESCT began. The Question: „How do we not see“ and the fascination for cybernetic – spirtual utopias, Science Fiction and bionic experiments lead to the development of one helmet device and two freely attachable camera eyes.

Two hendheld cameras capture the surroundings and stream the image data straight to the single eyes. The spatial perception is then constructed inside the human sensory system. Arms and fingers become eye-muscles and create impossible human-biological perspectives. External world will be designed in a new way and EYESECT critically requests the users with his or her visual/spatial customs and technologically augmented individualism.